Here's your guide to the different microforms used for document storage and how e-ImageData can accommodate your entire film collection. 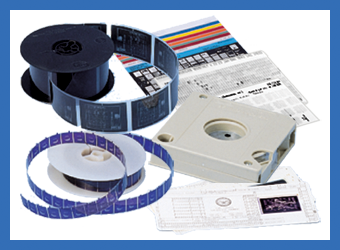 Microforms have been around since the 1800s but came into practical use in the 1920s when a New York City banker was issued a patent for a “checkograph” machine that made permanent copies of bank records. A few years later, Eastman Kodak bought the invention and microfilm’s future was solidified.


Today, microforms are still a preferred method of permanent document storage, thanks to their relatively low cost, small storage footprint and life expectancy of half a millennium. A few types of microform storage have become standard, and we’ll discuss those here.

Microfilm is a spooled roll of photographic images, not terribly dissimilar to a reel of movie film. Microfilm, though, is much stronger and more reliable than traditional film. The rolls typically come in two sizes: 16mm and 35mm.

The 16mm film commonly stores documents of A3 and A4 paper size. A roll of 16mm film can hold 2,400 letter-sized images.

The 35mm film is typically used for larger documents, such as engineering drawings, building plans or broadsheet newspaper pages. One roll of 35mm film can hold 600 construction drawings or 800 newspaper images.

Aperture cards, also known as Hollerith cards, are similar to old IBM punch cards. Aperture cards have a hole in which a 35mm chip of microfilm is embedded. The card is coded with indexing information for the image, which allows for mechanical sorting of the images. Aperture cards are most commonly used for engineering applications.

Microfiche, which gets its name from the French word for “index card,” is a flat sheet of microfilm, commonly four inches by five or six inches. As with microfilm, microfiche is offered in 16mm and 35mm sizes. The 16mm microfiche, which refers to the size of its frames of data, is used primarily for A3 and A4-sized documents.

The 35mm microfiche, like the 35mm film, is used mainly for construction and engineering plans and newspapers. The original images are shrunk down to 35mm, and 600-800 images can be stored on a fiche, depending on their original size.

Microfiche also comes in formats known as “combi” and “COM.” As the name implies, combi microfiche stores both 16mm documents and 35mm images on the same strip of film. Combi is useful in applications that call for variable-sized documents, such as construction, where there may be 35mm large-format building plans, along with corresponding 16mm, letter-sized planning documents.

COM, which stands for Computer Output Microfilm, contains computer-generated output that is printed directly to film with individual frames arranged in a permanent grid pattern. COM typically comes as 24x or 48x, which describes the reduction in size to which the original document has been reduced. Each sheet can hold up to 300 frames. COM is common in corporate settings that require archiving and distribution of reports. An example of this is the auto industry, which utilizes COM to archive and distribute parts lists.

Less common is a specialized version of microfilm known as jacketed microfiche. Made from cut 16mm or 35mm-wide roll film – or potentially a combination of both – jacketed film places the strips into Mylar sleeves in order to unitize the data in the images. These jackets hold up to five strips of film, usually in a horizontal orientation. One advantage of jacketed fiche is that it is “updatable”, meaning it can accept future additions and changes. A common use of jacketed fiche has been the storage of patient medical records. Jacketed fiche make it possible to remove strips of information from the film jacket and then insert updated strips of information into that patient record, keeping both the historical and the current medical data available in one record.

Ultra Fiche is a sheet of film, usually the size of a 3x5 filing card, that is similar to a microfiche but has a much larger number of microcopies. These microcopies typically represent the original document reduced in size 90 times or more to save space.

Micro opaques are sheets of opaque material (rectangular card stock) bearing a number of microimages arranged in a two-dimensional array. These rectangular sheets of card stock are typically stored in boxes or in envelopes (sleeves). Although an obsolete microformat for providing current document storage solutions, libraries retain numerous collections on micro opaques.

While microforms have their clear benefits, it has traditionally been a difficult data storage media to work with requiring many different types of specialized equipment to cover the different storage formats and the limited ability to integrate into the information delivery demands of today’s digital world.

It has been our goal at e-ImageData not only to find solutions to these issues but to actually make working with microfilm easy, affordable and fun. We released the first all-digital microfilm solution to the micrographic market in 2006 and we have continued our dedication to innovation and our commitment to use the latest technologies to make microfilm easy-to-use. At the present time, the e-ImageData microfilm scanners are the only universal solution that allows customers to use their entire film collection, including microfilm, fiche, COM, micro opaques, ultra fiche and jacketed fiche.

Today, e-ImageData is proud to introduce the award-winning ScanPro® All-In-One™ to the marketplace as the only universal solution for both on-demand scanning and for conversion scanning. These ScanPro All-In-One microfilm scanners provide the ability to automatically scan fiche and roll film at 100 images per minute and jacketed fiche at 70 images per minute. This output is accomplished with exceptional accuracy and at a fraction of the cost of bulky production microfilm scanners. And, with the ScanPro All-In-One you can scan your roll film and fiche onsite in the security of your own business, right on your own desktop whenever it is convenient.

The e-ImageData All-In-One ScanPro scanners can be used for both research and conversion scanning. They are easy-to-use, accurate, versatile and affordable. To learn more about our ScanPro product line, please visit www.e-imagedata.com.